Distraction: the interplay between voluntary and involuntary mechanisms of attention. The control of attention is a complex interplay of voluntary and involuntary mechanisms, and a comprehensive understanding of attention must include knowledge of the multiple (and often simultaneous and competing) influences on our ability to focus. Instances of distraction reveal the important consequences of the competition between top-down, voluntary control and bottom-up, involuntary influences over our attention. I have used multiple complementary methods to investigate these mechanisms, including behavioral measures of performance, eye-tracking, scalp recorded event-related brain potentials (ERPs), and functional magnetic resonance imaging (fMRI). Through these studies, we have found an overlapping network of brain regions to be involved in voluntary versus involuntary attentional control, with critical timing differences being key to understanding which type of attention dominates at a given instant. Our recent studies using transcranial alternating current stimulation (tACS) provide new evidence that neural activity in the gamma frequency range is especially important for the voluntary disengagement and reorienting of attention.

Capture vs. Holding of Attention. Certain stimuli seem to have a special ability to control the focus of attention. Our investigations into this control of attention have revealed a critical distinction between influences on the initial orienting (initial capture) of attention, and the subsequent holding of attention (attentional dwell time). Whereas simple physical salience affects the initial capture, we have found a number of other influences that affect attention mostly through an extended holding of attention. One influence is memory: we found that item-memory has a weak influence over the initial orienting of attention, but it has a strong, and involuntary, effect on how long attention dwells on an object. Another special influence is the human face: Using ERPs and fMRI, we have shown distinct neural mechanisms for orienting to faces as opposed to other physically salient stimuli. One other special class of stimuli are those associated with “reward”: Previously, we used ERPS to show that individuals with a low-sensitivity to alcohol have to use more neural effort to disengage their attention from alcohol-related pictures; we are currently investigating how monetary rewards influence the capture vs. holding of attention.

Plasticity and the Effects of Online “Brain Training”. In a new line of research, we investigating the plasticity of the brain, with a focus on attention and working memory systems, through cognitive online training. In the initial study, we are using state-of-the-art fMRI analysis methods to examine individual and group changes in cognitive and resting-state brain networks that underlie performance changes with online cognitive training. The hypotheses being tested here regard whether online cognitive training affects the connectivity within brain networks, including those previously found to be directly related to cognitive tasks, as well as resting-state networks thought to represent brain activity that is not task-dependent. The present project directly address recent criticism that online cognitive training does little more than show changes in the specific task and neural region being trained by the games. By investing the neural connectivity across regions, and by testing attentional, executive control, and resting-state networks, the present project can test more generalized changes in brain connectivity. Another novel aim of this project is to investigate whether connectivity in resting state or cognitive brain networks before training is predictive of the efficacy of the training.

fMRI Methods. In collaboration with Dr. Katie Gates, we are testing and validating her newest methods of fMRI connectivity analyses. A growing and critical need in cognitive neuroscience is the ability to assessing individual and group differences in brain connectivity. Network methods have emerged as some of the most useful approaches for analyzing functional MRI data. While great advancements have been made in these methods, severe limitations hamper the progress fMRI researchers can make. Brain processes in heterogeneous data can be better studied by using reliable and valid approaches that attend to individual nuances while assessing relations within and between networks. In this project, we will validate the group iterative multiple model estimation (GIMME) algorithms from within a highly controlled experimental design. This is timely issue, as no functional neuroimaging analysis approach to date provides subgroup classification and reliable estimates for both within-network and between-network connectivity. 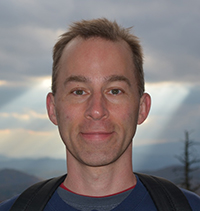